From 20th to 28th October 2018 the Cultural and Congress Centre Jordanki was the festival centre of one of the most original and rebellious Polish film festivals – the 16th Tofifest International Film Festival. The Concert Hall was the place of presentation of the festival opening and closing ceremony, whereas the Chamber Hall was used for film projections throughout the eight days of the festival. The concert to celebrate opening of the festival included performances of such artists as, among others, Wojciech Waglewski, Anna Rusowicz and the band Tulia. The ceremony was also honoured by the concert given by Steve Nash & Film Orchestra. Specially prepared visualizations were used during the concerts of the artists. During the festival closing ceremony the pieces could be heard from the films by, among others, Andrzej Wajda, Maria Sadowska; musical management of the project belonged to Bartek Staszkiewicz, and among others, the following artists performed on the stage of the Concert Hall: Gaba Kulka, Ten Typ Mes, Justyna Święs, Busłav.

According to the event organizer:

For the last three years the Cultural and Congress Centre Jordanki has functioned as the Festival Centre for  the Tofifest International Film Festival.

It is an extraordinarily beautiful space, that can provide the setting for both concerts and film projections. Its important advantage, except for the attractive architecture, is its central location, which is of great importance for our event, as well as an exceptional team of employees of this institution. 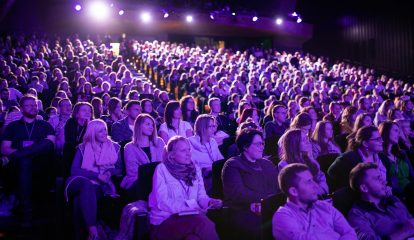