AGNIESZKA CHYLINSKA DOES NOT SLOW DOWN THE PACE AND AGAINST SURPRISES!

Almost two years ago, Agnieszka Chylińska released her album “FOREVER CHILD”. It was the first and only time on the Polish market (!), when one day, in absolute secrecy before the deadline, an album, a single, a music video, a nationwide promotional campaign and the start of a concert tour were released without any announcement.

The project turned out to be the greatest market success and the album achieved the title TRIPLE-PLATINUM, song “Queen of Tears” title DIAMOND SINGLE and the hit of the year in many rankings, and the two-year concert tour FOREVER CHILD TOUR (Polish and European) was almost completely sold out (some concerts status SOLD OUT was obtained in just a few days).

Meanwhile, Agnieszka Chylińska decided to honor and give her fans another album!

The album PINK PUNK was released on the market on October 26, 2018.

The publisher of Agnieszka Chylińska’s album is her long-term management – TOP MANAGEMENT. The permanent partner – Warner Music Polska – is responsible for distribution and support. 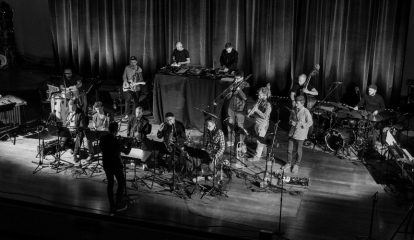