On February 24, Ania Dąbrowska will perform at CKK Jordanki. Adored by the Polish audience, the artist is endowed with an innate talent to create hits about love. The musical love story in her performance always captures the heart from the first sounds.

Ania Dąbrowska is a laureate of 9 Fryderyk’s, so far she has recorded 7 albums, each of which has obtained the status of Platinum, confirming her unusual sense of universally hit melodies, reaching hearts that require listeners.

In total, Ania Dąbrowska sold over 500,000 records. The artist’s popularity is confirmed by her concerts, for which tickets sell very quickly. 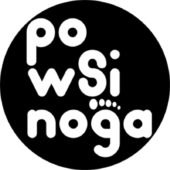