On 20/10/2019 at 18:00 in the CKK Jordanki concert hall in Toruń, Jaromír Nohavica will perform. He is Czech singer, musician, composer and poet. Concerts of the Czech bard have been very popular for a long time and concert halls are filled to the brim during his performances. Nohavica’s performances are full of captivating mystery. He moves bravely between folk and folklore, he is the real bard of his region. He sings about life and death, but above all, about what is between: the love, suffering, dilemmas and fears of modern man, the beauty of the world around us, small joys and great passions.

Nohavica recorded a dozen albums. The latest one is called “Poruba” – it is the name of the Ostrava district, with which he has many memories and where everything began in his life. First love, friendships, but also quarrels and harassments. Two songs from the album (Black Hole and Empire State) gained great popularity among Radio Three listeners. These songs took high places on the Hit List. The tracks from the last album will certainly not be missing during the concert in Toruń.

On the stage Jaromíř Nohavica is accompanied by a band composed of: Robert Kuśmierski (accordion, piano) and Pavel Planka (percussion instruments). Certainly, the masses of the artist’s fans are eagerly awaiting the next amazing meeting – a musical feast.

CONCERT ONLY FOR SPECTATORS WHO ARE OVER THE AGE OF 15.

YOU CAN ALSO FIND OFFICIAL PROFILE OF THIS EVENT ON FACEBOOK 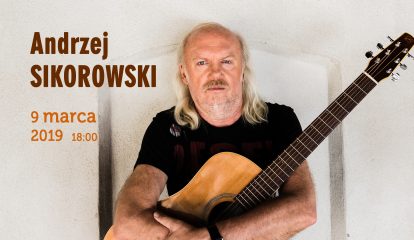