On 21 December 2019, the QUEEN SYMPHONIC project will be performed again in Toruń! A year after another sold-out concert on the Jordanki, the band will play in Toruń with a renewed repertoire – December 21 – at 19:30.

Unusual concerts combining the immortal music of the band QUEEN with symphonic arrangements performed by the choir and orchestra Alla Vienna have been delighting fans of the work of the legendary group for seven years. QUEEN SYMPHONIC is an absolute phenomenon – the originally planned one-off performance turned into a great concert tour in the largest halls in the country.

Queen SYMPHONIC project is a two-hour spectacle divided into two parts, with the most wonderful compositions of Queen. The finale of the performance is also enhanced by the performance of a soloist – a singing actor – playing the role of Freddie Mercury. The band will perform with the latest program, including “One Vision”, “Another One Bites The Dust”, “Under Pressure” known for its performance with Dawid Bowie. It is worth to highlight that the exceptional composition “Barcelona”, Freddie Mercury recorded together with the Spanish opera singer Montserrat Caballe. In the second part there will also occur a solo guitarist Darek Wawrzyniak. Jan Niedźwiecki is the artistic manager, leader, and as well as, the creator of the project.

You can see the photo gallery of the concerts here: 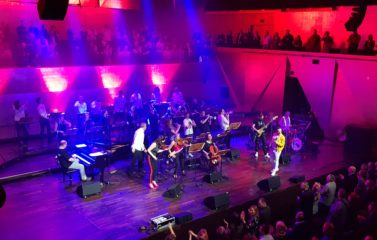 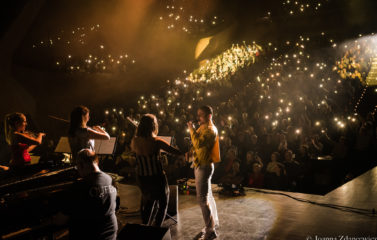