One of the opera shows presented on the stage of the Concert Hall of the Cultural and Congress Centre Jordanki was the famous opera by Giuseppe Verdi, Nabucco. The project engaged international soloists, the Polish Opera Choir and Roncole Verdi Orchestra. The stage decorations prepared for the needs of the show were inspired by the ancient Ishtar Gate, whose characteristic feature was the blaze of colours applied in this decoration. Stylised, colourful costumes completed the visual decoration of the show. The entire event was produced by the Pro Musica Artistic Agency.

The stage of the Concert Hall is equipped with a fixed and a mobile proscenium, allowing to enlarge the fixed proscenium and to form an orchestra pit (orchestra pit: area: fixed part 60,5 m², mobile part 52,3 m², in total 110 m²). 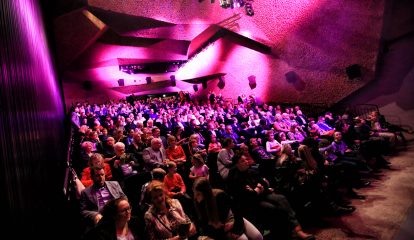